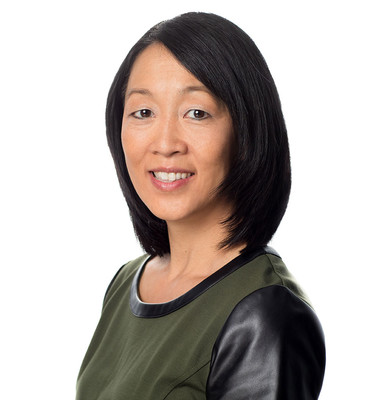 Dr. Payne is a Professor of Dermatology, Director of the Penn Clinical Autoimmunity Center of Excellence, and the lead physician in the Autoimmune Blistering Clinic at the University of Pennsylvania, one of the largest tertiary referral centers for autoimmune blistering diseases in the United States. Her research laboratory has contributed to three major areas of investigation: 1) cloning and characterization of B cell repertoires to understand how autoimmunity occurs in pemphigus, a model autoantibody-mediated skin blistering disease; 2) cell biologic studies to understand mechanisms for loss of cell adhesion; and 3) clinical-translational research to better understand current diagnostic tests and treatments and to develop novel targeted therapies for disease. In addition to her deep expertise in B cell-mediated autoimmune diseases, Dr. Payne’s laboratory – in collaboration with Dr. Milone – pioneered the CAAR T cell therapy concept for targeted depletion of autoreactive B cells that formed the scientific basis for the founding of Cabaletta Bio.

Dr. Payne also serves as Associate Director of the Medical Scientist Training Program, Core Director for the Skin Biology and Diseases Resource-based Center at the University of Pennsylvania, and Chair of the NIH/NIAMS Board of Scientific Counselors. She serves on the Medical Advisory Council of the International Pemphigus and Pemphigoid Foundation, which focuses on patient advocacy and education. Dr. Payne’s work in the field has been recognized with the Charles and Daneen Stiefel Scholar Award in Autoimmune Diseases, a Top 10 Clinical Research Forum Award, and election to the American Society of Clinical Investigation. She received her B.S. degree in Biology from Stanford University and an M.D./Ph.D. in Molecular and Cellular Biology from Washington University School of Medicine before training in dermatology at the University of Pennsylvania. 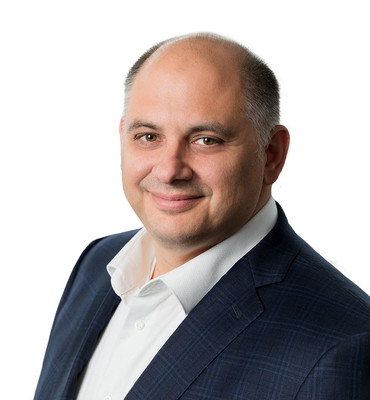 Dr. Milone is currently an Associate Professor of Pathology and Laboratory Medicine and founding member of the Center for Cellular Immunotherapies at the University of Pennsylvania. He has more than 20 years of experience in immunology and more than 15 years of experience in developing genetically engineered T cell therapies, including a post-doctoral fellowship with Carl June, M.D. from 2004 to 2007. He is a co-inventor of CTL019 (tisagenlecleucel), a CD19-targeting chimeric antigen receptor (CAR) T cell therapy, and the first CAR-based T cell therapy to reach regulatory approval in the United States and Europe for patients with B cell malignancies. He is also a co-inventor for several new CAR-T cell therapies for multiple myeloma and solid tumors that are currently in early-phase clinical trials. Dr. Milone leads a team of translational researchers in the development of novel genetically engineered T cells for adoptive T cell immunotherapy. 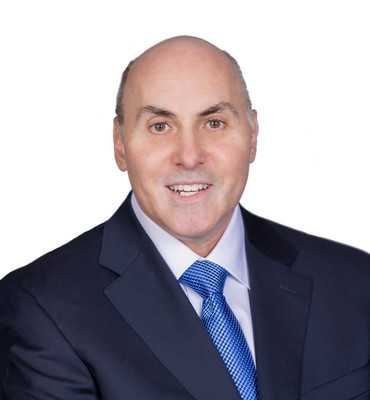 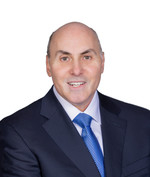 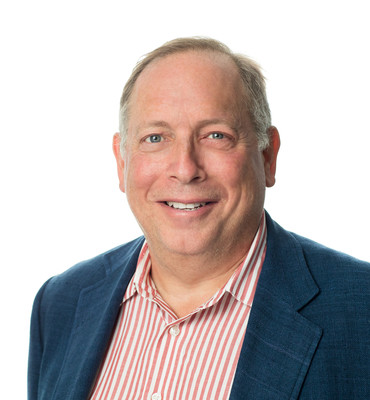 Dr. Daniels joined Cabaletta’s Scientific Advisory Board in June 2021. Previously, Dr. Daniels was a member of Cabaletta’s Board of Directors since October 2018. Since 2018, he has been a partner at 5AM Ventures, where he was previously a venture partner from 2014 to 2018. From 2004 to 2014, Dr. Daniels held positions at Bristol-Myers Squibb, serving as senior vice president, global development and medical affairs from 2004 to 2014. Dr. Daniels also serves on the boards of directors of Nohla Therapeutics Inc., and Novo Nordisk A/S, and on the clinical advisory board of Aprea Therapeutics AB. He previously served on the boards of directors of Spyryx Biosciences, Inc., RareCyte, Inc., and IDEAYA Biosciences, Inc. Dr. Daniels received his M.D. from Washington University in St. Louis and his B.S. and M.S. from Massachusetts Institute of Technology. He completed his residency in Internal Medicine at New York Hospital and a fellowship in Rheumatology and Immunology at the University of California, San Francisco. 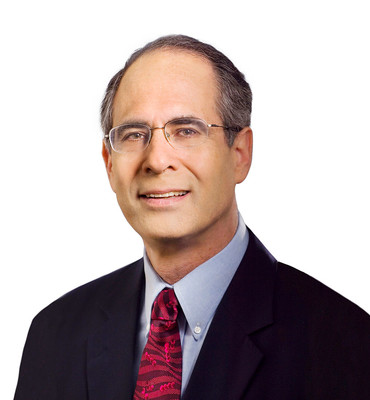 Dr. Siegel is the current Chair of the National Academies' Forum on Regenerative Medicine and recently retired Chief Biotechnology Officer and Head of Scientific Strategy and Policy at Johnson & Johnson (J&J). He joined J&J as President of Research and Development, Centocor. He was subsequently promoted through multiple operational roles including Group President of R&D with oversight of biotechnology, immunology, and oncology, with responsibility for the successful discovery and development of several pharmaceutical products including STELARA®, SIMPONI®, SYLVANT®, and most indications for REMICADE®. Dr. Siegel later served as head of global regulatory affairs and biotechnology for Janssen, the pharmaceutical companies of J&J. Dr. Siegel currently chairs the National Academies’ Forum on Regenerative Medicine, which is focused on cellular therapies, and a member of the Forum on Microbial Threats. He also served on the Executive Committees and the Boards of Directors of BIO and the Alliance for Regenerative Medicine. Before joining J&J, Dr. Siegel had a distinguished career for 20 years at the FDA Center for Biologics Evaluation and Research in positions of increasing responsibility, including directing the office responsible for review and approval of all therapeutic biologics. 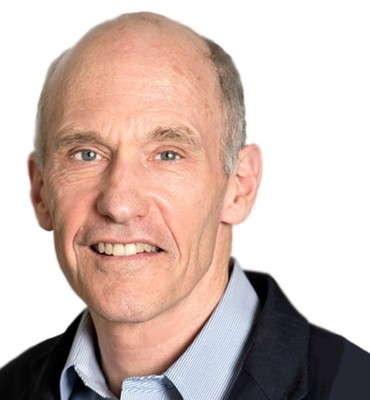 Dr. June is the Richard W. Vague Professor in Immunotherapy in the Department of Pathology and Laboratory Medicine. He is currently director of the Center for Cellular Immunotherapies and director of the Parker Institute for Cancer Immunotherapy at the University of Pennsylvania. He maintains a research laboratory that studies various mechanisms of lymphocyte activation that relate to immune tolerance and adoptive immunotherapy for cancer and chronic infection. In 2011, his research team published findings, which represented the first successful and sustained demonstration of gene transfer therapy to treat cancer. In 2017, it became the first FDA-approved CAR T cell therapy.

Dr. June has published more than 500 manuscripts and is the recipient of numerous prizes and honors, including election to the Institute of Medicine and the National Academy of Sciences, the William B. Coley Award, the Richard V. Smalley Memorial Award from the Society for Immunotherapy of Cancer, the AACR-CRI Lloyd J. Old Award in Cancer Immunology, the Hamdan Award for Medical Research Excellence and the Paul Ehrlich and Ludwig Darmstaedter Prize. In 2014, he was elected to the American Academy of Arts and Sciences. He is a graduate of the Naval Academy in Annapolis and Baylor College of Medicine in Houston, 1979. He had graduate training in immunology and malaria with Dr. Paul-Henri Lambert at the World Health Organization, Geneva, Switzerland in 1978 and 1979, and post-doctoral training in transplantation biology with E. Donnell Thomas and John Hansen at the Fred Hutchinson Cancer Research Center in Seattle from 1983 to 1986. He is board-certified in Internal Medicine and Medical Oncology. 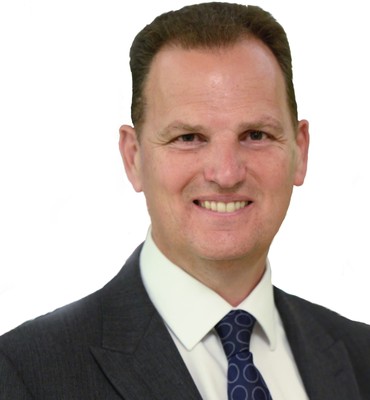 Dr. McInnes is the Muirhead Professor of Medicine and Versus Arthritis Professor of Rheumatology at the University of Glasgow, Glasgow, United Kingdom. He is Director of the Versus Arthritis Centre of Excellence for Inflammatory Arthritis. He also serves as the Scientific Director of the Clinical Trials Unit for Greater Glasgow and Clyde Health Board. He is immediate past chairman of the Foreum (Foundation for European Rheumatology Research) Scientific Committee, leads the European Roadmap program that is defining the research agenda for European rheumatology for the next decade, and is currently President of the European League Against Rheumatism, the leading trans-national society for rheumatology across Europe. Under these auspices, he is creating the first pan-European Rheumatology Research Centre planning to launch in 2021. His work is mainly focused upon understanding the pathogenesis of immune-mediated inflammatory disease and proof of concept experimental medicine clinical trials to leadership of pivotal phase 3 trials in the area of immune biology. His laboratory group performed original discovery work leading to the therapeutic targeting of several inflammatory cytokines. More recently, he has focused on the biology of myeloid cells in the pathogenesis of several immune diseases. He has published more than 400 peer-reviewed original and review articles. He is a Fellow of the Royal Society of Edinburgh and Fellow of the Academy of Medical Sciences. He was made Commander of the Order of the British Empire (CBE) in 2019 by HM Queen Elizabeth II. 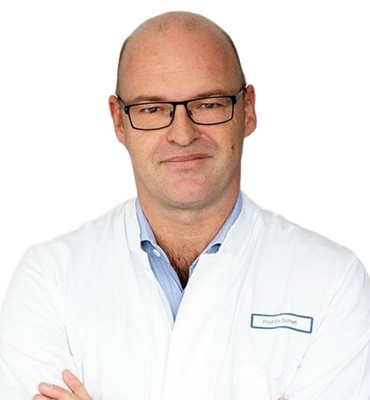 Professor Schett is currently Vice President Research of Friedrich-Alexander University Erlangen-Nürnberg, where his research interests include basic, translational and clinical research on molecular and cellular pathogenesis of rheumatic and autoimmune diseases. In September 2022, his group published results on the use of CD19-CAR T cell therapy for patients with severe, refractory lupus (Nature Medicine, 2022), suggesting the potential of CD19-targeting cell therapy to reset the immune system in a cohort of five patients with systemic lupus erythematosus.

Professor Schett serves as Principal Investigator for numerous grant-funded projects focused on rheumatologic and immunologic processes. He is a Leopoldina member of the National Academy of Sciences of Germany, a member of the German Research Foundation (DFG) review board, a reviewer for several academic societies and journals and a collaborator on organizing a large number of international congresses. Professor Schett is widely published with more than 820 peer-reviewed papers and has been honored with several awards, including the Carol-Nachman Prize from Wiesbaden and the Dr. Franciscus Blondel Medal from the city of Aachen for outstanding contributions to the field of rheumatology. He earned his medical degree from the University of Innsbruck and completed his specialty training in internal medicine and rheumatology at the University of Vienna.